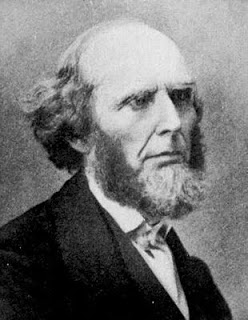 Charles Grandison Finney, often called “America’s foremost revivalist,” was a major leader of the Second Great Awakening in America, which had a great impact on the social history of the United States.

In addition to being a successful Christian evangelist, Finney was involved with the abolitionist movement and frequently denounced slavery from the pulpit. Beginning in the 1830s, he denied communion to slaveholders in his churches. Prior to his conversion, he had been (as most lawyers of the time were) a Freemason, but became a staunch opponent of Freemasonry.

He became a professor at Oberlin College, Ohio, and later was President of the College from 1851–1866. Oberlin was a major cultivation ground for the early movement to end slavery, and among the first American colleges to co-educate blacks and women with white men.

Power from on high

Having briefly referred to the mission of the Church to disciple all nations, as recorded by Matthew and Luke, and stated that this commission was given by Christ to the whole Church, and that every member of the Church is under obligation to make it his lifework to convert the world. Finney then addresses two questions: What do we need to secure success in this great work, and how can we get it?”

Probably the most influential and important of Finney’s writings. Originally delivered in 1835, Finney explains what revival is, and how revival may be promoted.

The only source for these lectures came from the printed book “Sermons on important subjects” by Charles Finney. This is 100% Finney with no deletions or additions.