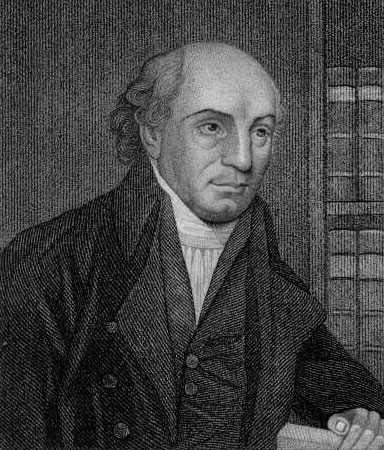 William Carey was an English missionary and Baptist minister, known as the “father of modern missions”. Carey was one of the founders of the Baptist Missionary Society. As a missionary in Serampore, India, he translated the Bible into Bengali, Sanskrit, and numerous other languages and dialects.

In 1785, Carey was appointed the schoolmaster for the village of Moulton. He was also invited to pastor the local Baptist church. At a ministers’ meeting in 1786, Carey raised the question of whether it was the duty of all Christians to spread the Gospel throughout the world. J. R. Ryland, the father of John Ryland, is said to have retorted: “Young man, sit down; when God pleases to convert the heathen, he will do it without your aid and mine.”

Carey sailed from London for India in April 1792. During the first year in Calcutta, the missionaries sought means to support themselves and a place to establish their mission. A friend of Thomas owned two indigo factories and needed managers, so Carey moved with his family north to Mudnabatty. During the six years that Carey managed the indigo plant, he completed the first revision of his Bengali New Testament and began formulating the principles upon which his missionary community would be formed, including communal living, financial self-reliance, and the training of indigenous ministers.

In 1789 Carey became the full-time pastor of a small Baptist church in Leicester. Two years later he published this groundbreaking missionary manifesto. This short book consists of five parts. The first part is a theological justification for missionary activity, arguing that the command of Jesus to make disciples of all the world remains binding on Christians. The second part outlines a history of missionary activity, beginning with the early Church and ending with David Brainerd and John Wesley. Part 3 comprises 26 pages of tables, listing area, population, and religion statistics for every country in the world. The fourth part answers objections to sending missionaries. Finally, the fifth part calls for the formation by the Baptist denomination of a missionary society.

George Smith first went to Serampore twenty years after Carey’s death. During his long residence there as Editor of the “Friend of India”, he came to know most of the details of Carey’s work. He collected materials for this Biography in the office, the press, and the college, and among the Native Christians and Brahman pundits whom he had influenced. — based on the Introduction.