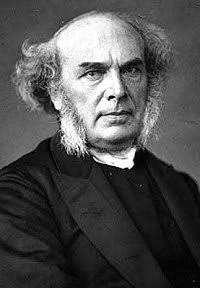 The son of James Bonar, Solicitor of Excise for Scotland, he was born and educated in Edinburgh. He entered the Ministry of the Church of Scotland, and settled at Kelso. He joined the Free Church at the time of the “Disruption” in 1843, and in 1867 was moved to Edinburgh. In 1853 he was made D.D. of Aberdeen. He was a voluminous and highly popular author, and in addition to many books and tracts wrote a number of hymns, many of which, such as, “I heard the voice of Jesus say,” became known all over the English-speaking world. A selection of these was published as Hymns of Faith and Hope (3 series). His last volume of poetry was My Old Letters.

“A book for the anxious”

“God knows us. He knows what we are; he knows also what he meant us to be; and upon the difference between these two states he founds his testimony concerning us. He is too loving to say anything needlessly severe; too true to say anything untrue…” — from the book.

“The Epistle to the Hebrews was written by the eternal Spirit for the whole Church of God in all ages. It shows us on what footing we are to stand before God as sinners; and in what way we are to draw near as worshippers.” — from the Preface.