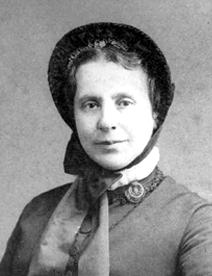 Catherine Booth was called the “Mother of The Salvation Army”.

Catherine had a strong Christian upbringing and read her Bible through eight times by the time she was 12 years of age. It was not until she was 16 that she was really reborn in the spirit. She read the words ‘My God I am Thine, what a comfort Divine’ in her hymn book and realised the truth of this statement for herself.

She met William Booth, a Methodist minister, when he came to preach at her church in 1852. During their three year engagement, Catherine was a constant support to William in his tiring work of preaching through her letters.

They began the work of The Christian Mission in 1865. William preached to the poor and ragged and Catherine spoke to the wealthy, gaining support for their financially demanding ministry. She eventually began to hold her own campaigns.

“The addresses contained in this little volume were delivered during a series of services at the West End of London, in the summer of 1880. That they were used then of the Lord I had abundant evidence, and on that account I have consented to their reproduction in this form, hoping that He may still speak through them to many souls.” — from the preface.

The Assurance of Salvation

Or, the Rev AA Rees versus Mrs Palmer, being a reply to a pamphlet by the above gentleman on the Sunderland Revival, by General Catherine Booth.