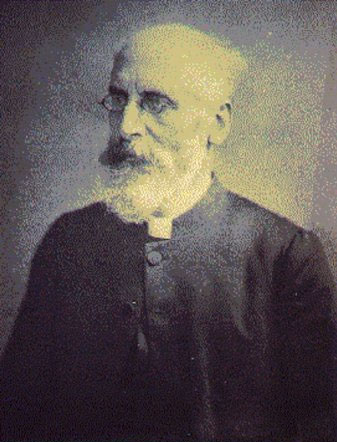 Edersheim was born in Vienna of Jewish parents of culture and wealth. English was spoken in their home, and he became fluent at an early age. He was educated at a local gymnasium and also in the Talmud and Torah at a Hebrew school, and in 1841 he entered the University of Vienna. His father suffered illness and financial reversals before Alfred could complete his university education, and he had to support himself.

Edersheim emigrated to Hungary and became a teacher of languages. He converted to Christianity in Pesth [Budapest] when he came under the influence of John Duncan, a Church of Scotland chaplain to workmen engaged in constructing a bridge over the Danube. Edersheim accompanied Duncan on his return to Scotland and studied theology at New College, Edinburgh and at the University of Berlin. In 1846 he was ordained to the ministry of the Presbyterian Church. In 1875 he was ordained in the Church of England. Edersheim died at Merton, France, March 16, 1889.

“It has been my wish in this book, to take the reader back nineteen centuries; to show him Jerusalem as it was, when our Lord passed through its streets, and the Sanctuary, when He taught in its porches and courts; to portray, not only the appearance and structure of the Temple, but to describe its ordinances and worshippers, the ministry of its priesthood, and the ritual of its services.”

“The object of this volume is kindred to that of my previous book on The Temple, its Ministry and Services as they were at the Time of Jesus Christ. In both I have wished to transport the reader into the land of Palestine at the time of our Lord and of His apostles, and to show him, so far as lay within the scope of each book, as it were, the scene on which, and the persons among whom the events recorded in New Testament history had taken place.”

The life and times of Jesus the Messiah: Vol. 1

Edersheim brings his knowledge of Jewish history and customs to bear to this study of the life of Jesus, starting with The Preparation for the Gospel (the Jewish world in the days of Christ) and leading through the Incarnation and the Ascent

The life and times of Jesus the Messiah: Vol. 2

Once again, Edersheim brings his knowledge of Jewish history and customs to the life of Jesus. This volume covers the Descent from the Mount of Transfiguration into the Valley of Humiliation and Death and leads into the Cross and the Crown.